Fall in the Pollinator Garden

Find this article at:
go.ncsu.edu/readext?385280
— Written By Debbie Roos

In late 2008, I planted a demonstration pollinator garden at Chatham Mills to provide forage habitat for pollinators such as honey bees, native bees, butterflies, flower flies, hummingbirds, beetles, and other beneficial insects. The garden features over 178 unique species of perennials, 85% of which are native to North Carolina. The garden is a great teaching tool that I use to conduct workshops and tours for hundreds of folks each year. It has taught me so much and I enjoy sharing this knowledge with others.

A good pollinator garden provides forage from early spring through late fall. Below you can see photos of plants that were in bloom from early September through late November. On the last day of November there are still 15 species in bloom! Take a look below to see who has been visiting these late bloomers. I also love fall for the beautiful textures of the flower seed heads that help nourish our songbirds and other wildlife.

For more photos, see The Amazing Diversity of Critters in the Pollinator Garden.

What’s in Bloom in the Pollinator Garden – updated bi-weekly! 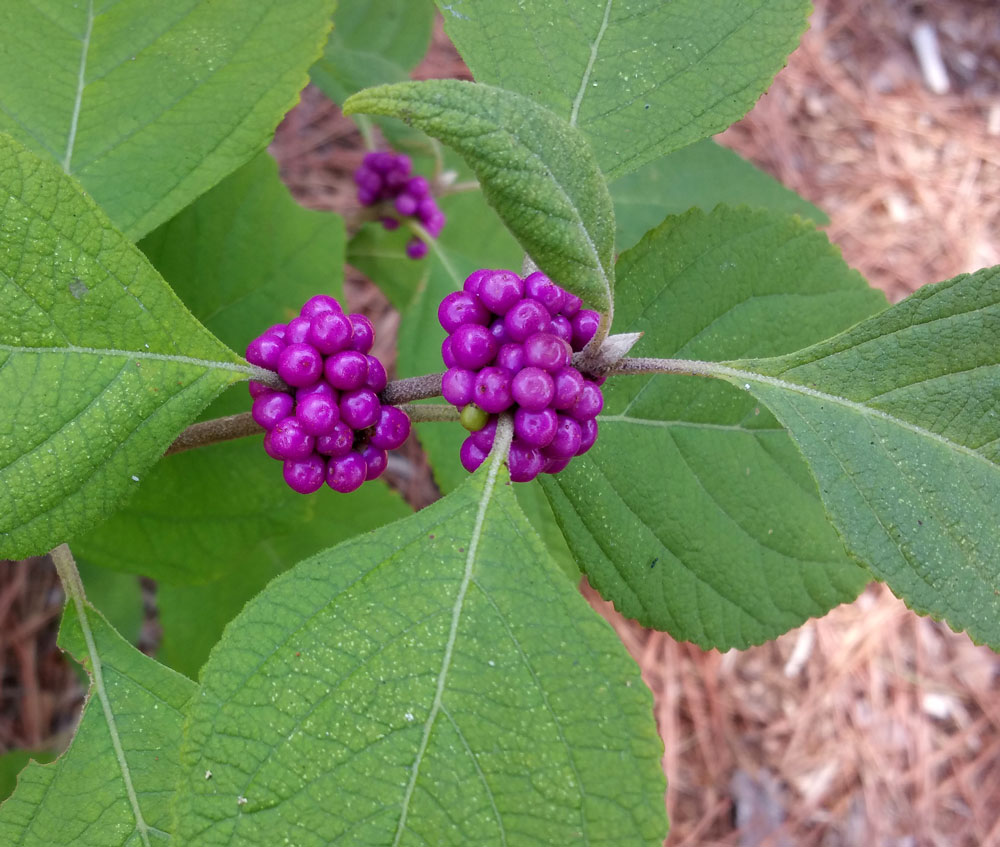 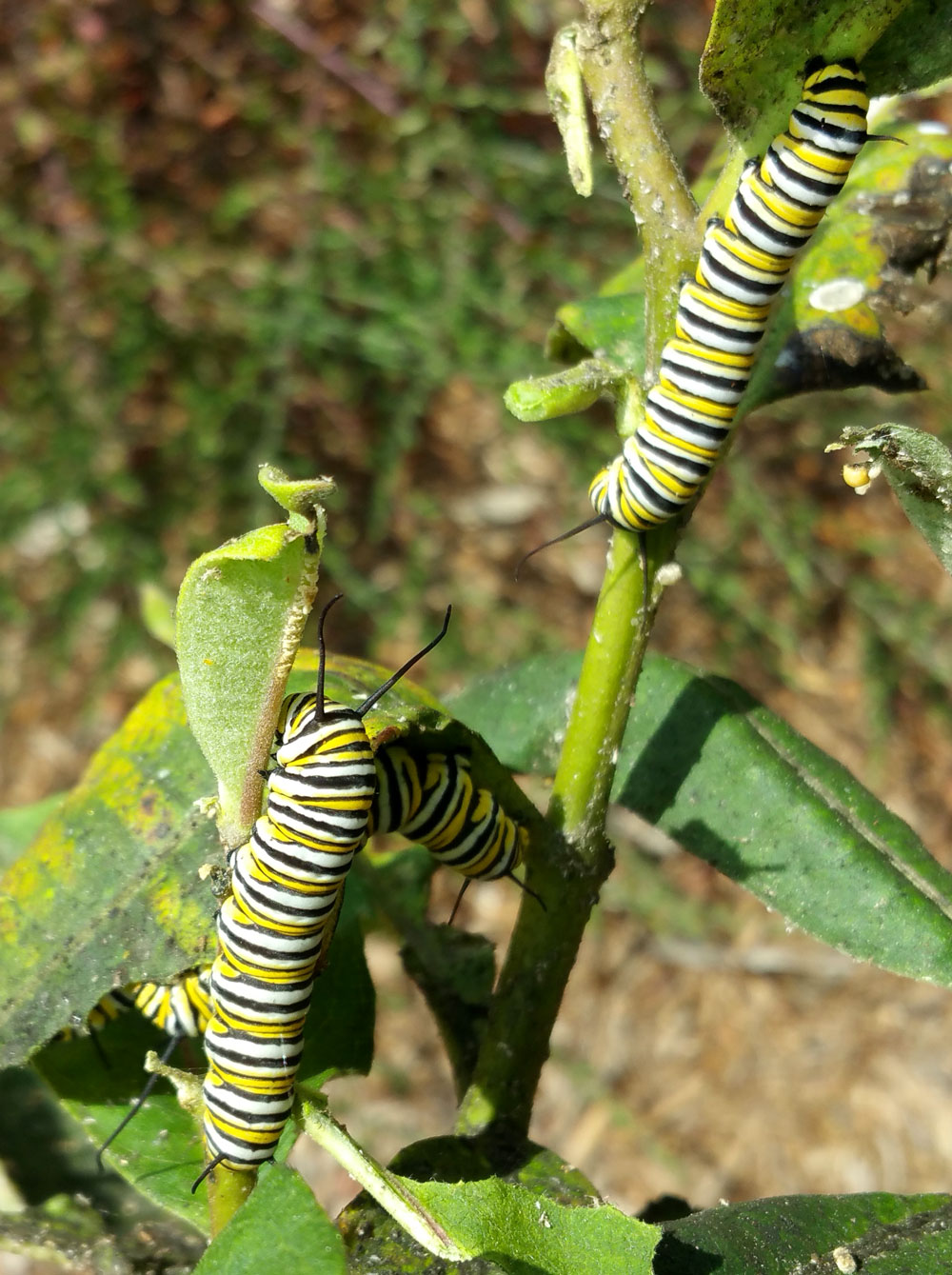 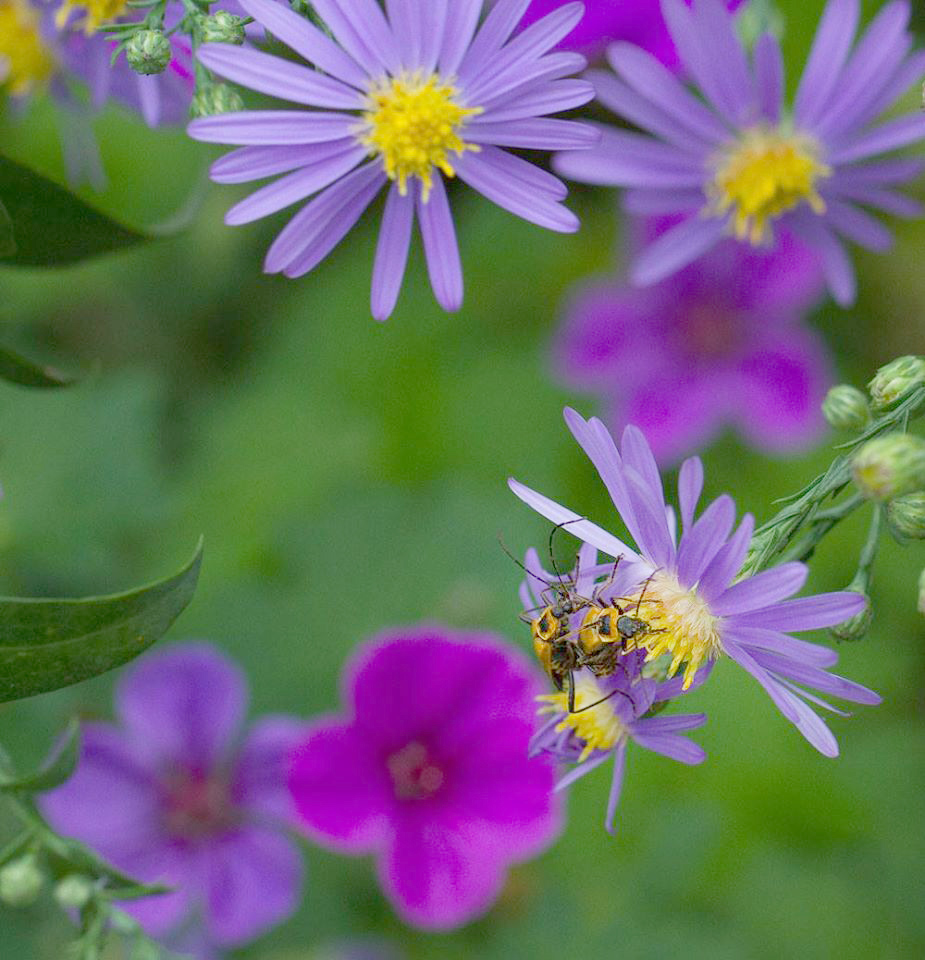 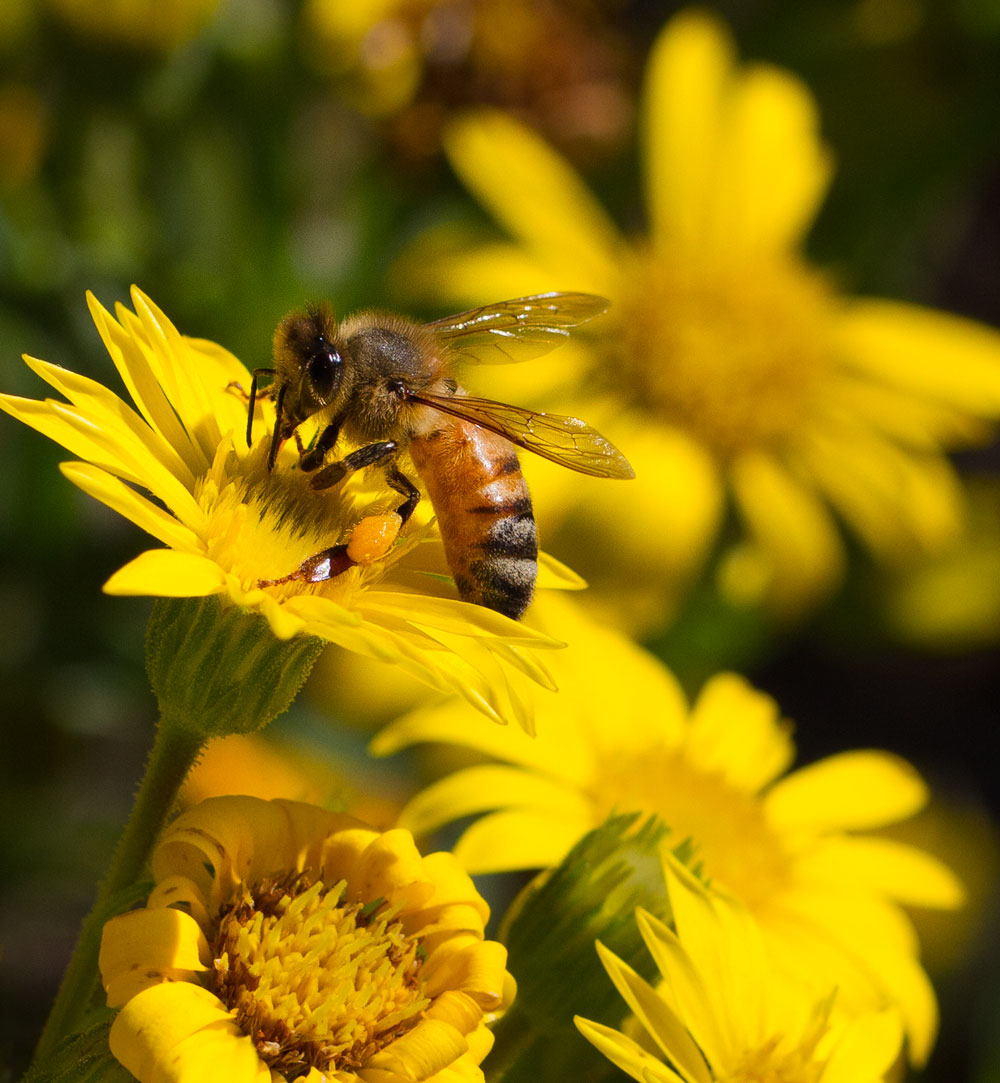 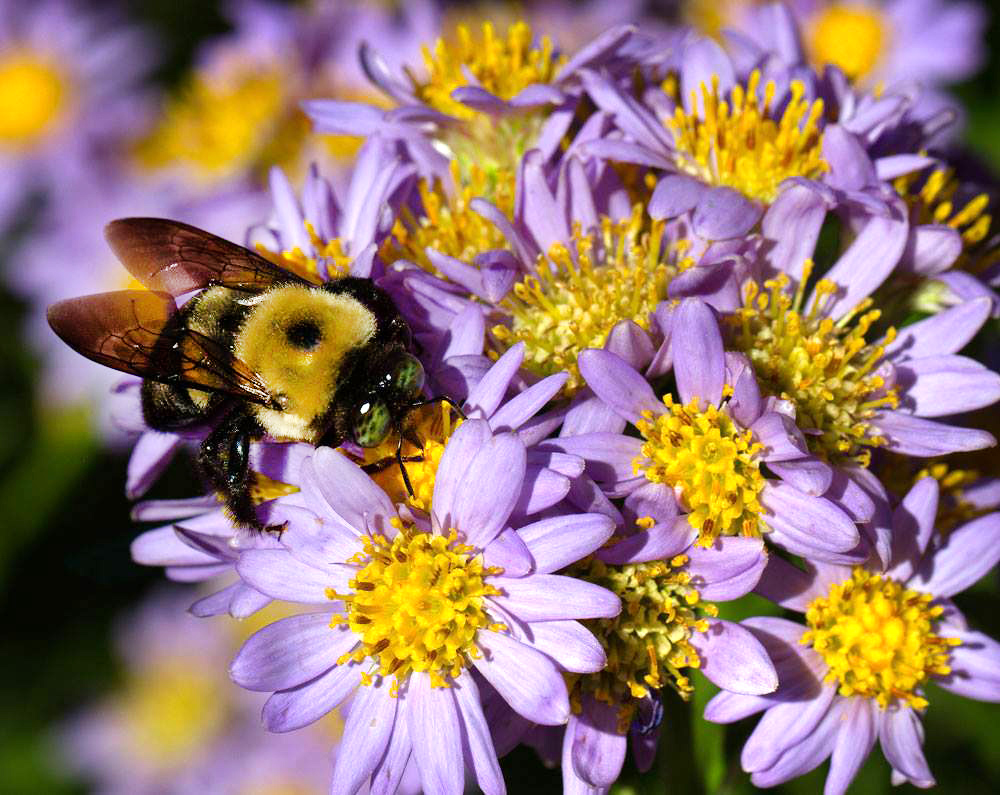 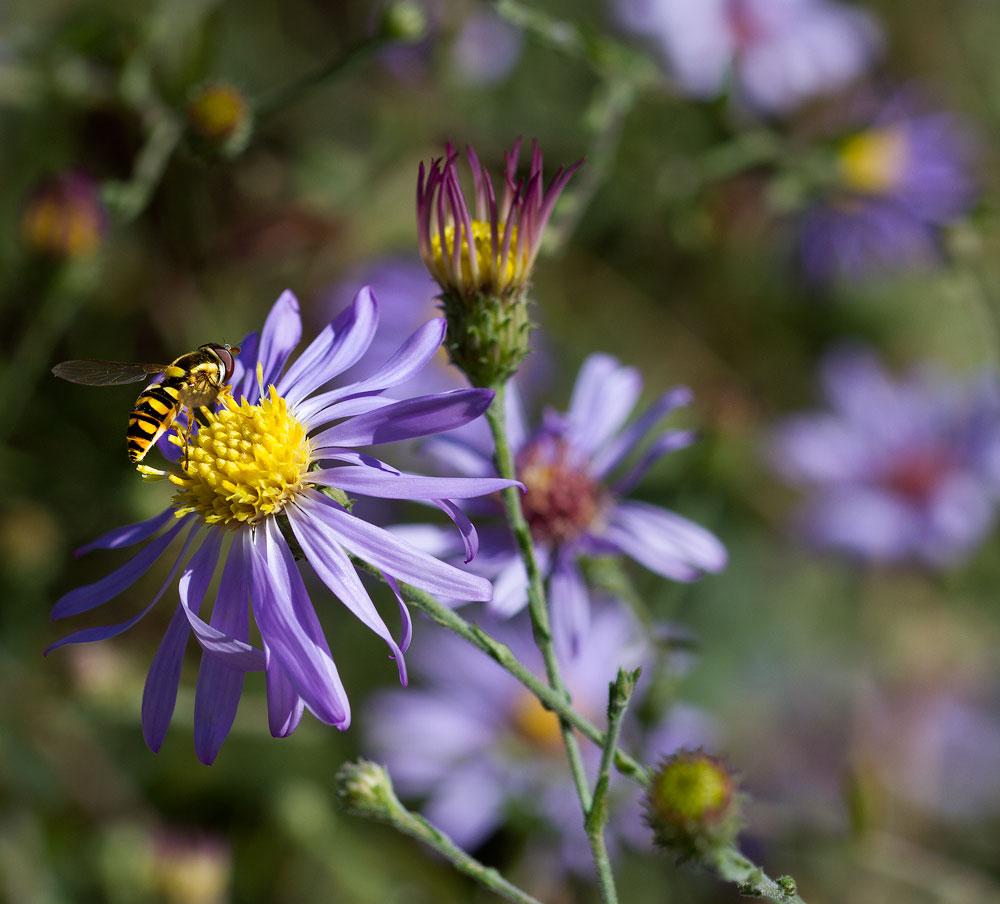 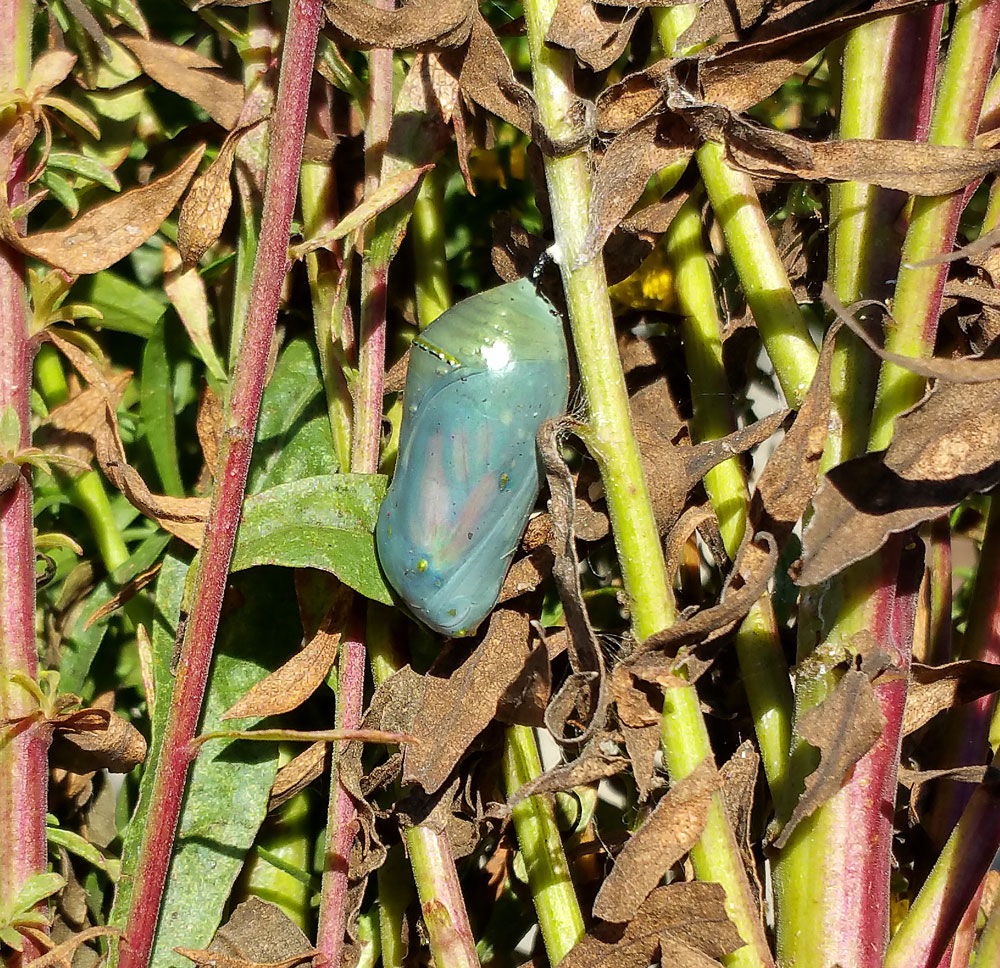 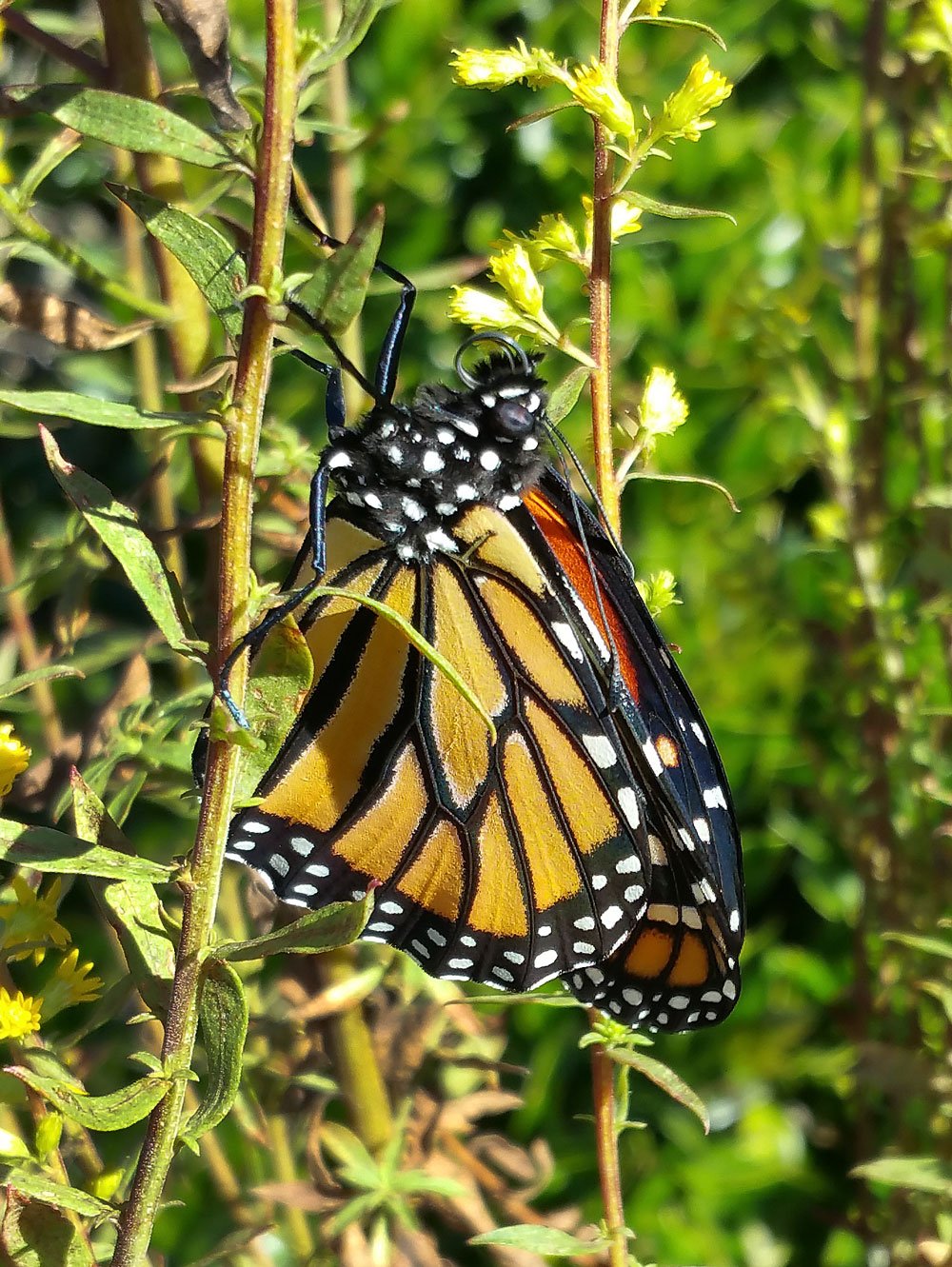 Here’s the monarch that emerged one day later from the chrysalis pictured above. 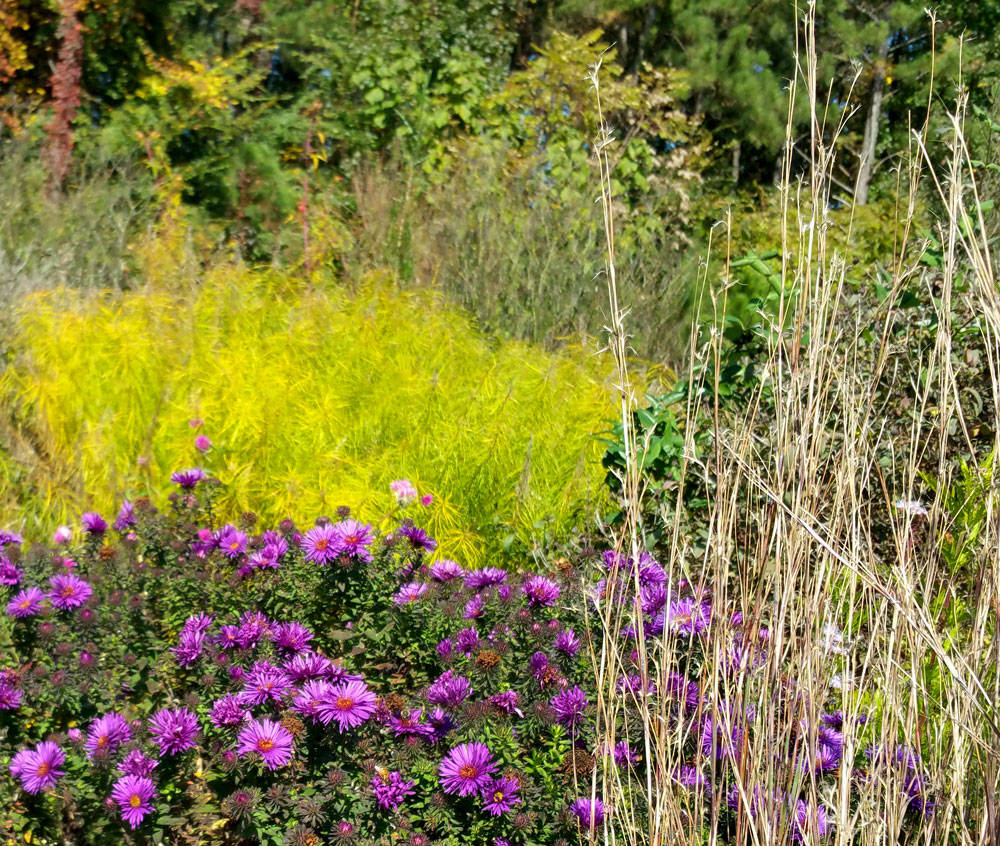 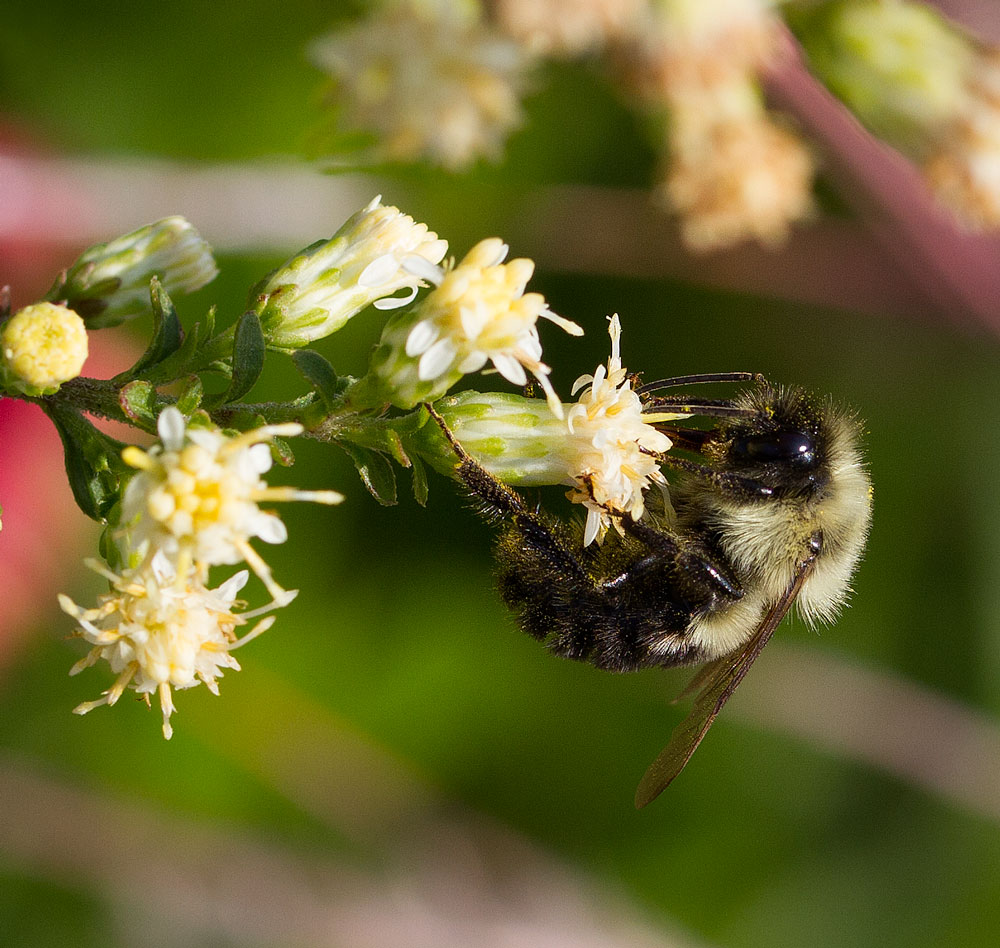 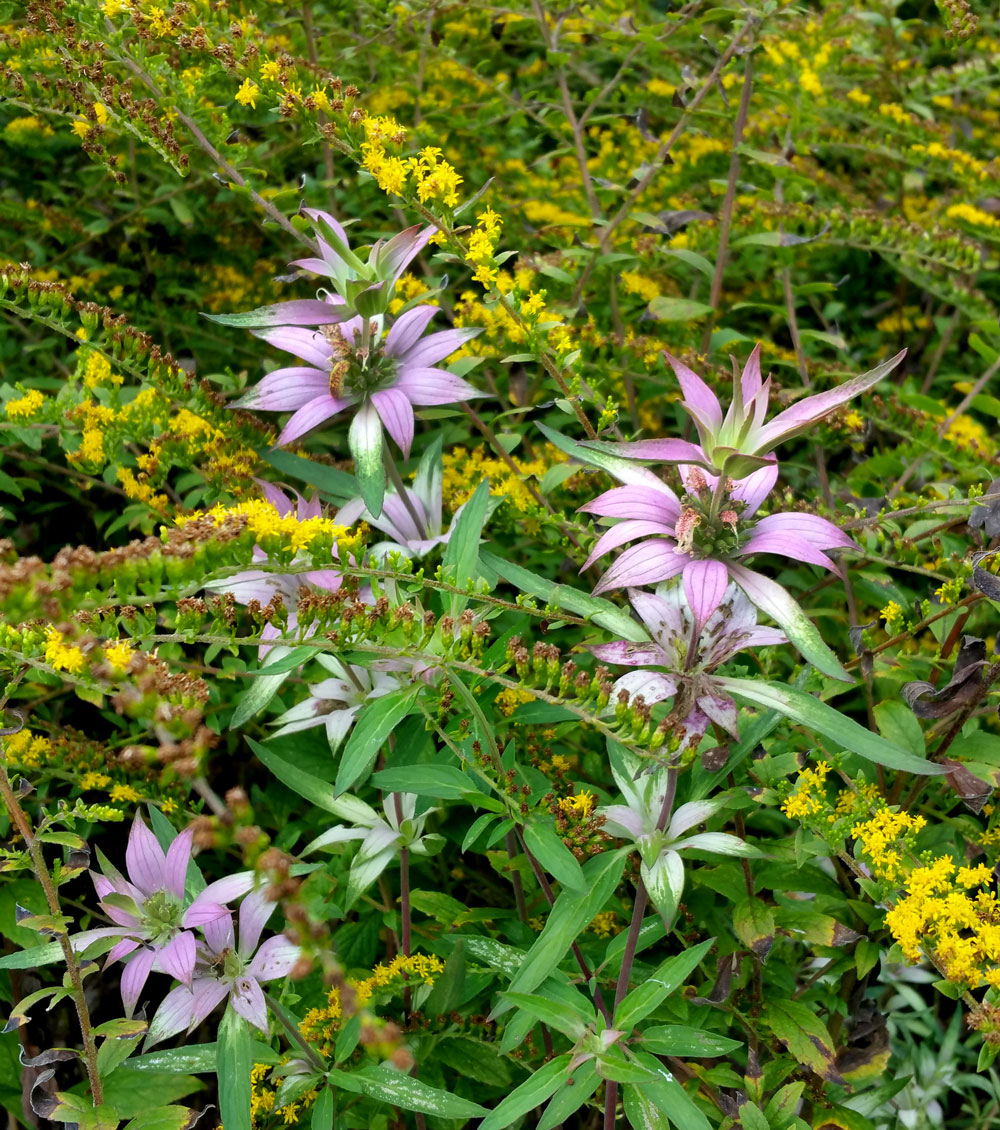 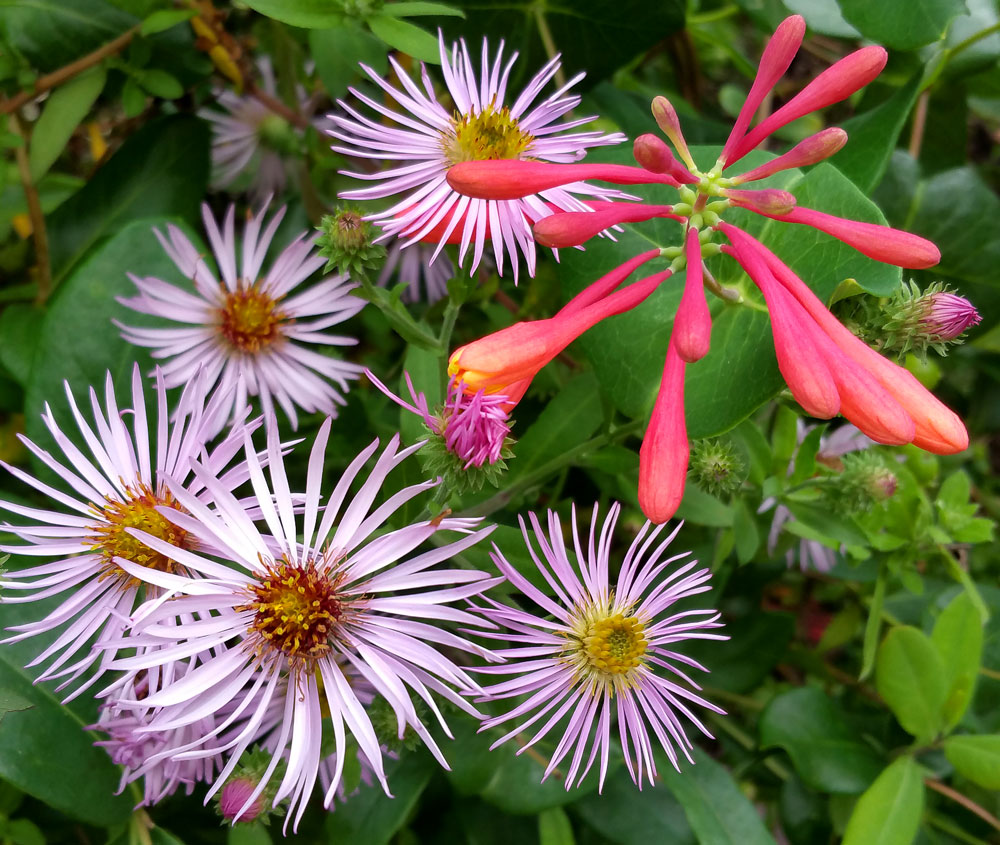 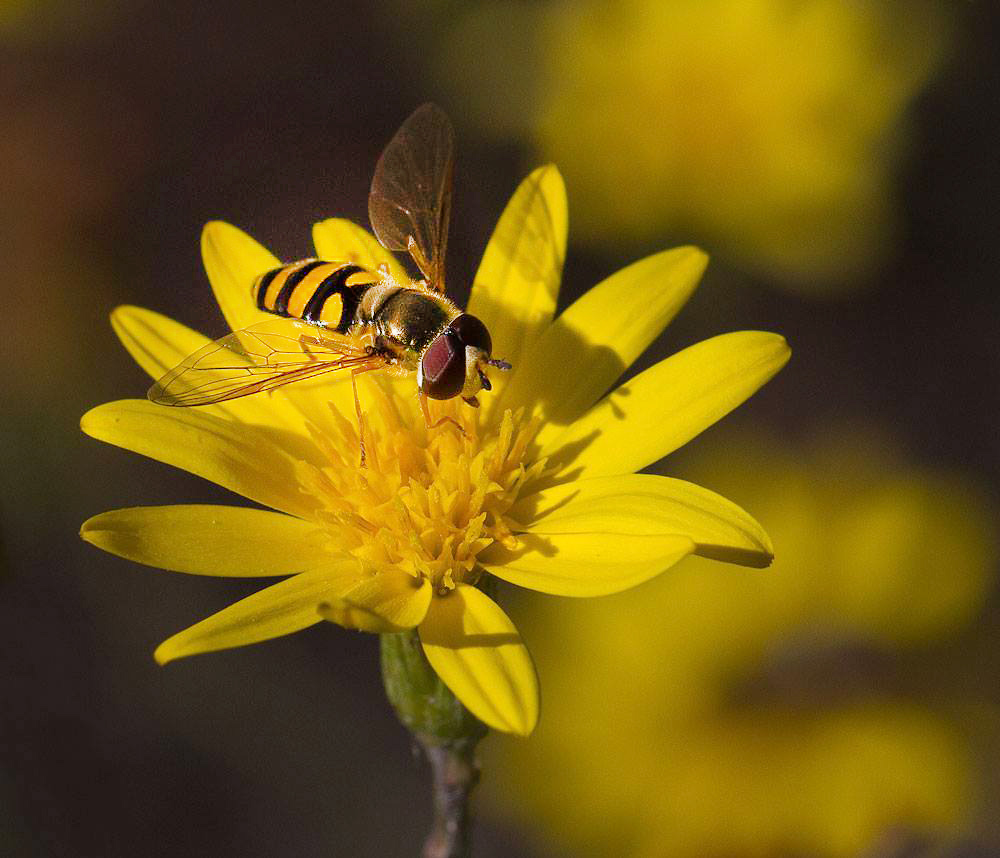 Syrphid fly on narrowleaf silkgrass (Pityopsis graminifolia) in late November. Ths silkgrass has been blooming for over two months! 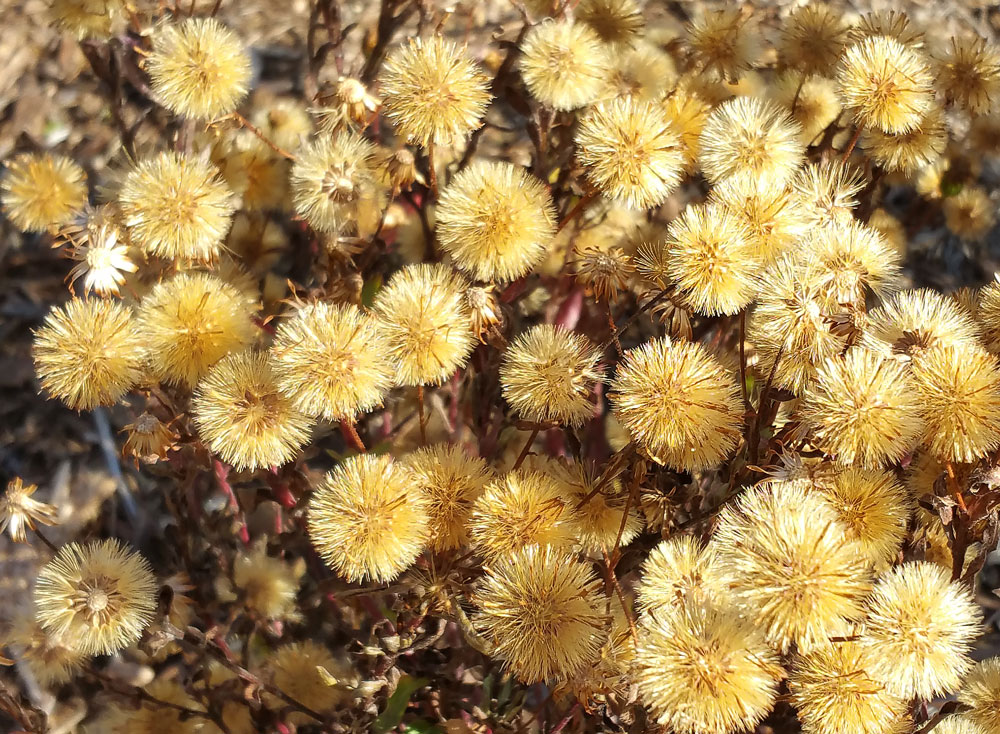 The late November chubby seedheads of Maryland golden aster (Chrysopis mariana) are as golden as the blooms! 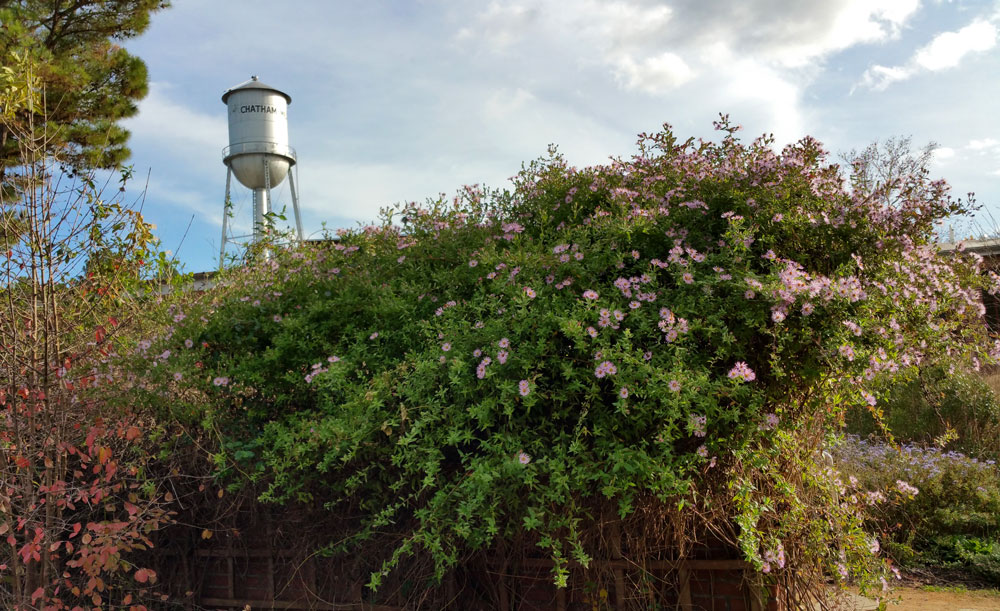 The climbing aster (Ampelaster carolinianus) is a beast and is grand central station for all the pollinators in late November. This is the north side of the vine – the south side is covered in blooms! 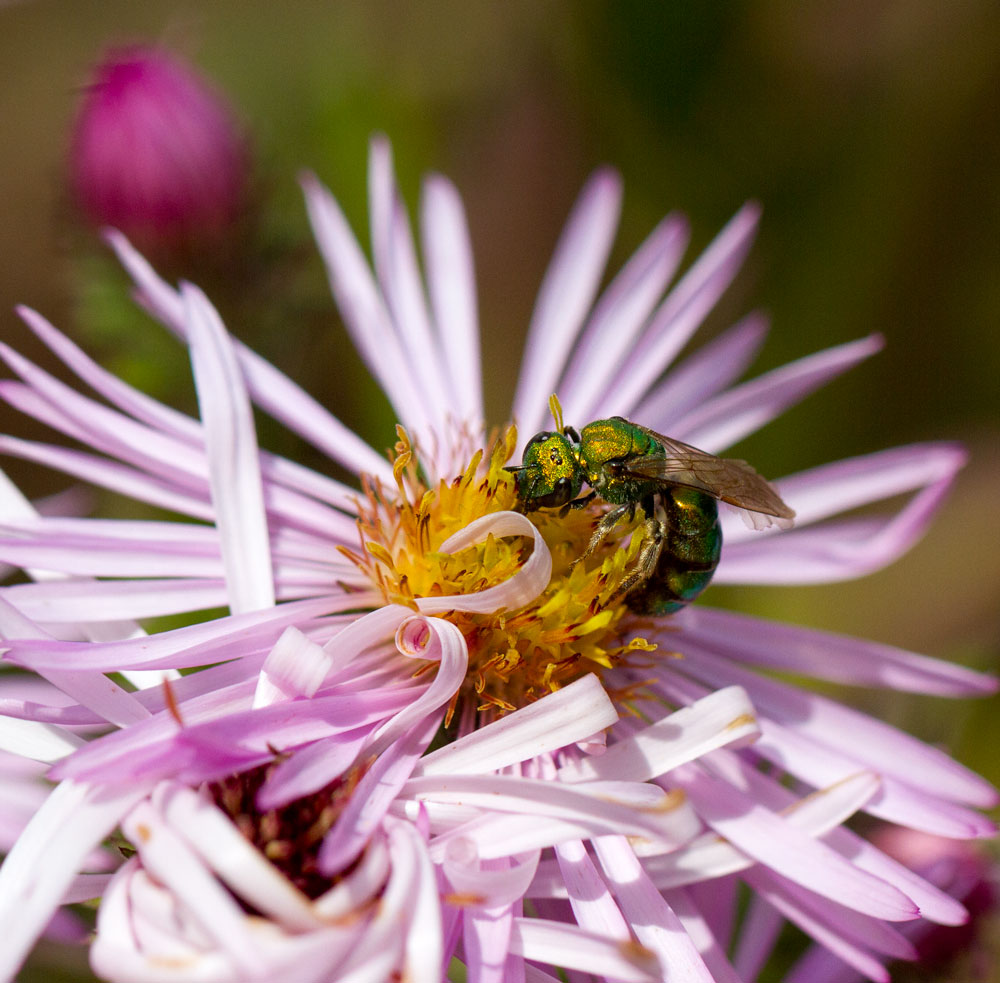 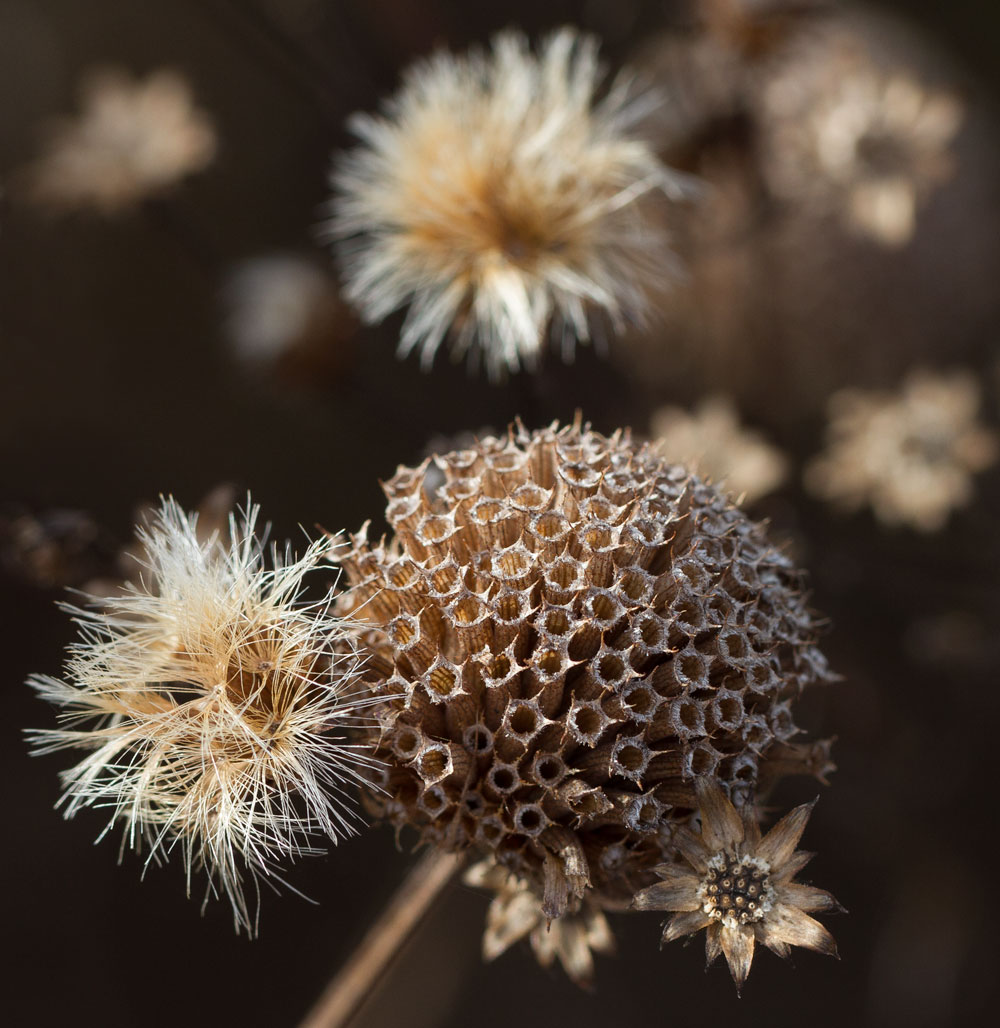