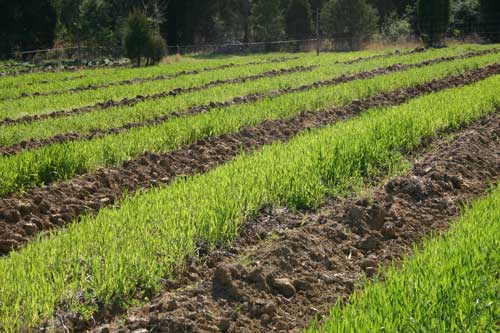 Rye cover crop strips in early April. Cover crops are a vital part of the rotation at Perry-winkle Farm. Rye is allelopathic – as it decomposes, it releases a compound into the soil that prevents small weed seeds from germinating. It also adds organic matter to the soil and acts as a windbreak for tender crops. Beans were later planted between the rows of rye. 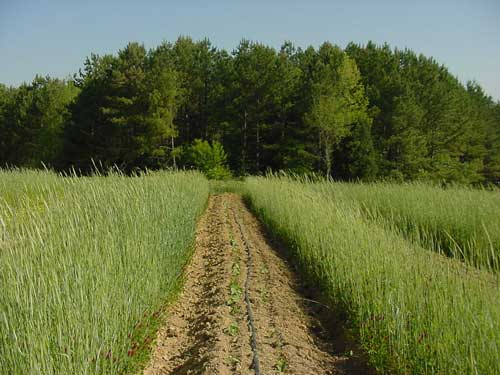 Snap beans are direct-seeded in between rows of a rye and vetch cover crop in late April. 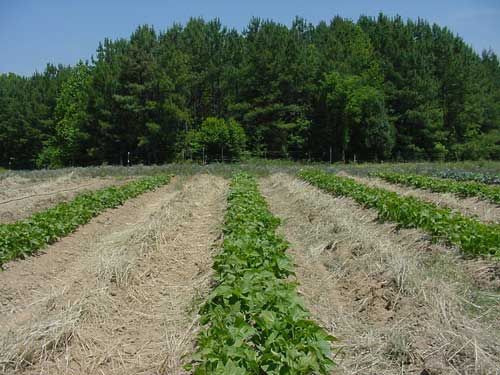 One month later, the cover crop has been mowed and the beans are taking off. 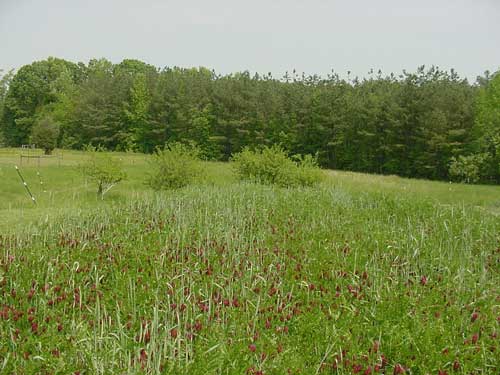 Early May view of a field planted in rye, vetch, and crimson clover. This is a great mixture: the vetch is a legume that loves to climb and uses the rye for support. Crimson clover, another legume, provides much needed nitrogen for following crops. Cool-season cover crops are planted in September and October but put on most of their growth in the spring. 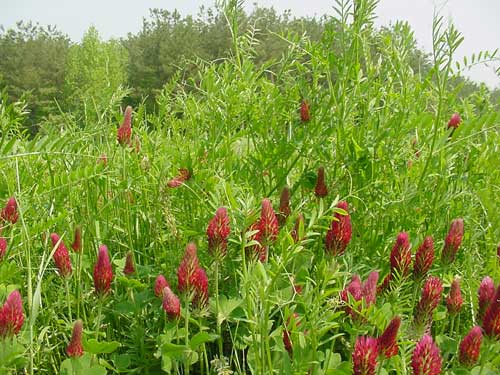 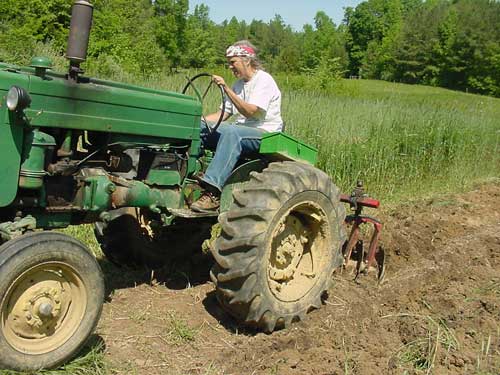 Cathy discs in a cover crop with their John Deere 420, a 2 cyclinder model built in the mid-1950s. Mike bought the tractor for Cathy almost 20 years ago before they started selling at the farmers’ markets. 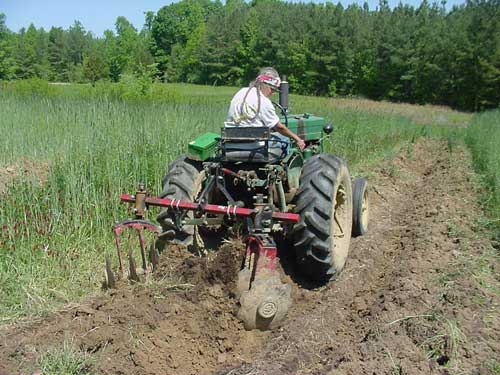 Another shot of discing in plant residue with a hiller disc/tobacco bedder. 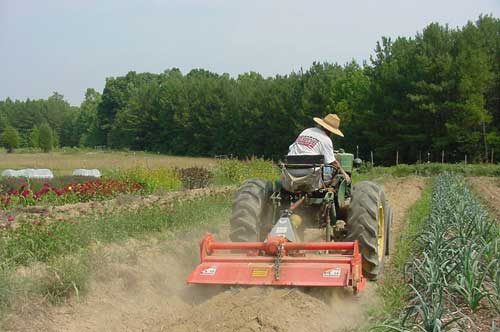 Cathy tills in soil amendments for the final bed preparation. 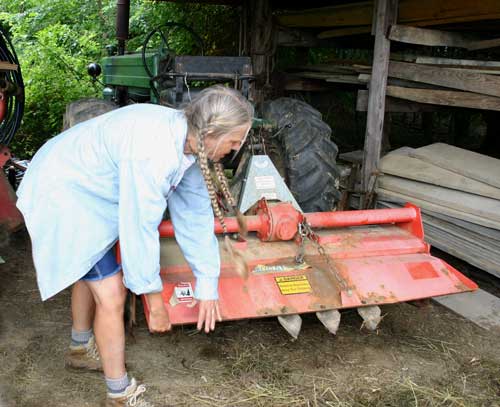 Cathy shows the row markers that they attached to the back flap of the tiller, something she learned from a flower farmer at a conference. These points mark the rows and dig a little planting trench. 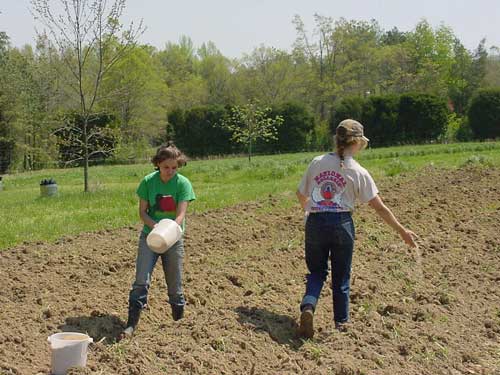 Kate S. and Kate M. putting out soil amendments prior to planting. Every crop gets a customized nutrient management plan based on soil test recommendations. They do soil tests once a year in the fall for each different crop. Only natural fertilizers are used, including rock phosphate, K-mag, feathermeal, and gypsum. 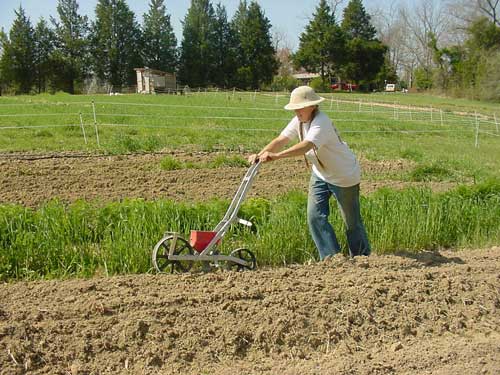 Cathy uses an Earthway seeder to direct-seed a crop in April. 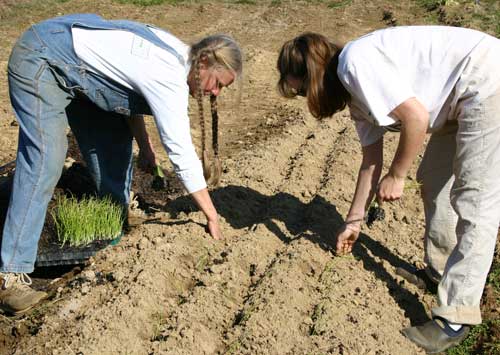