Find this article at:
go.ncsu.edu/readext?397658
— Written By Debbie Roos 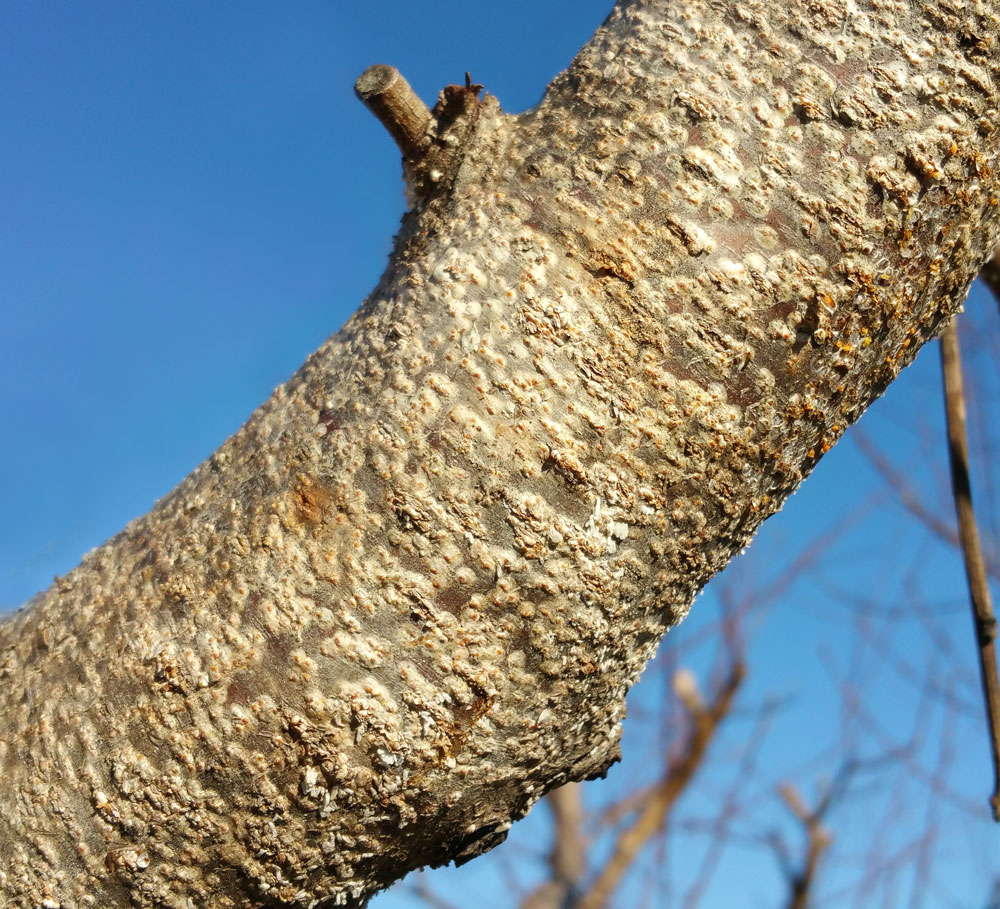 If you have fruit trees, now is a good time to inspect them for scale insects. White peach scale and San Jose scale are serious pests that can kill fruit trees within a few years if not controlled. They can be a problem on peach, nectarine, apple, pear, cherry, and plum trees. Many woody ornamentals are also host plants. Scale insects feed on the bark, leaves, and fruit of the host plant and can cause stunting, leaf drop, fruit lesions, and eventually death of branches or entire trees if populations are high and left untreated. 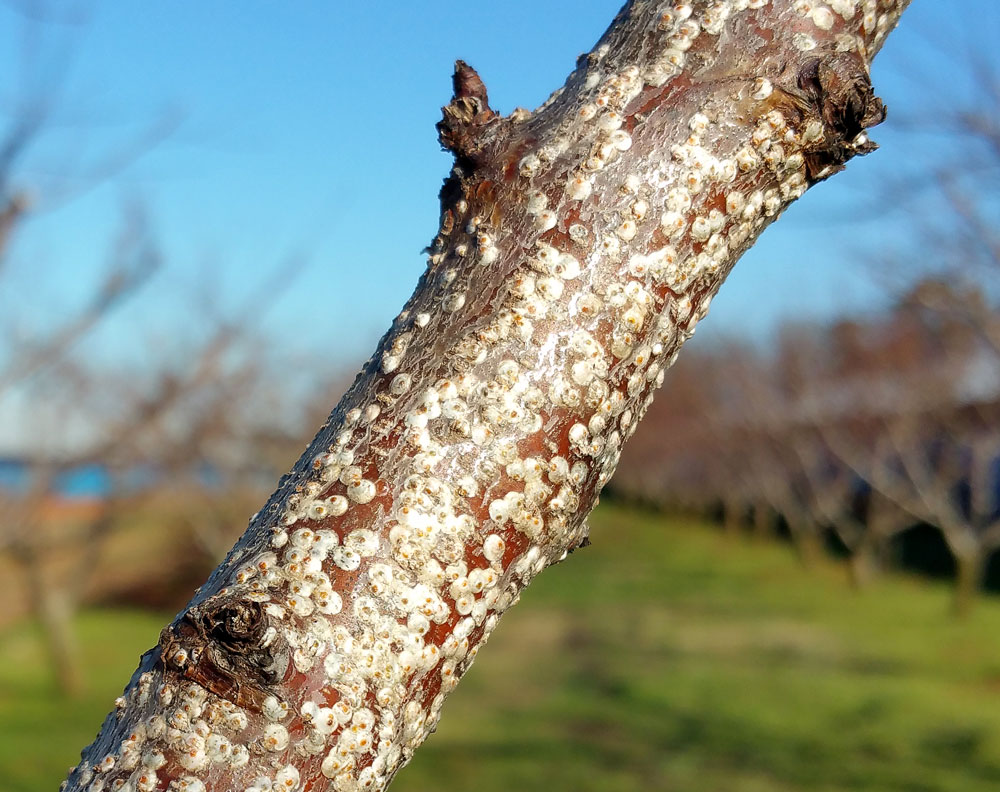 White peach scale on a peach tree. They are also pests of other fruit and woody ornamental trees. Photo by Debbie Roos.

Scale insects are unique because they build a protective armor as they grow. They overwinter on the plant and then start reproducing in the spring. White peach scales lay eggs which hatch into nymphs while San Jose scales give live birth to nymphs. The young nymphs, also called crawlers, become active in early May in the piedmont and feed by inserting their mouthparts into the host plant. As they grow and molt they build their protective armor covering. Scales produce several generations in North Carolina. 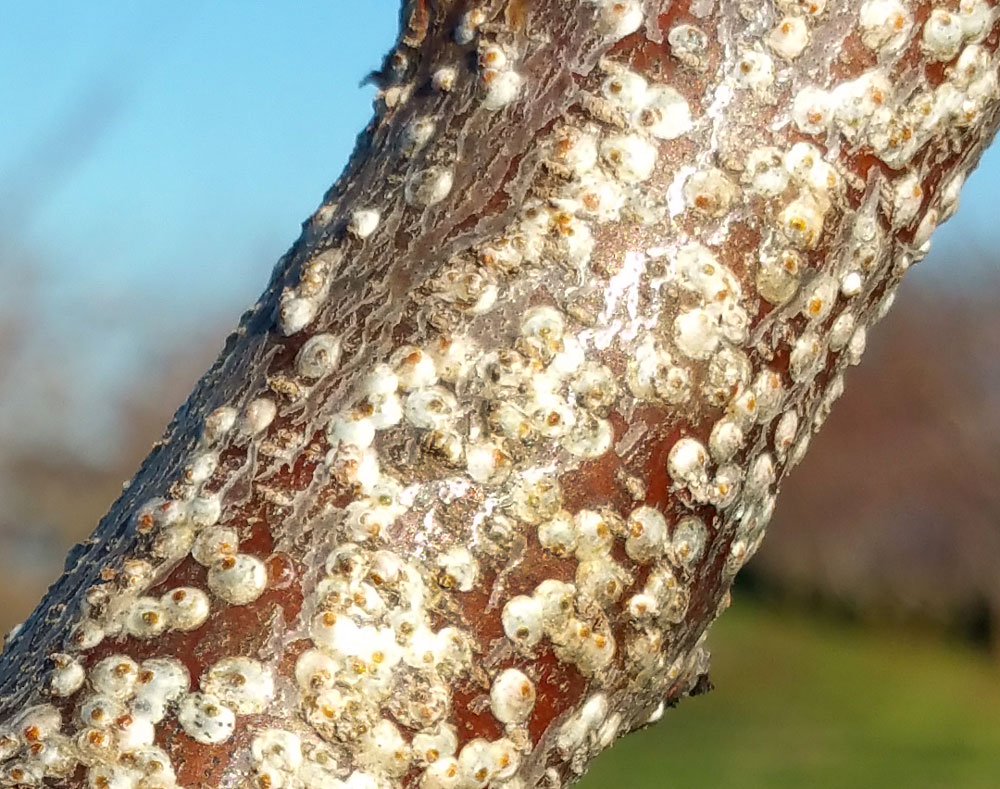 Close-up of the armor covering female white peach scales. Adult female scales are immobile. They create their protective shell by mixing cast skins from their previous molts with wax secreted from glands on their body. Sometimes bark from the host plant is mixed in and helps camouflage the shell. Photo by Debbie Roos. 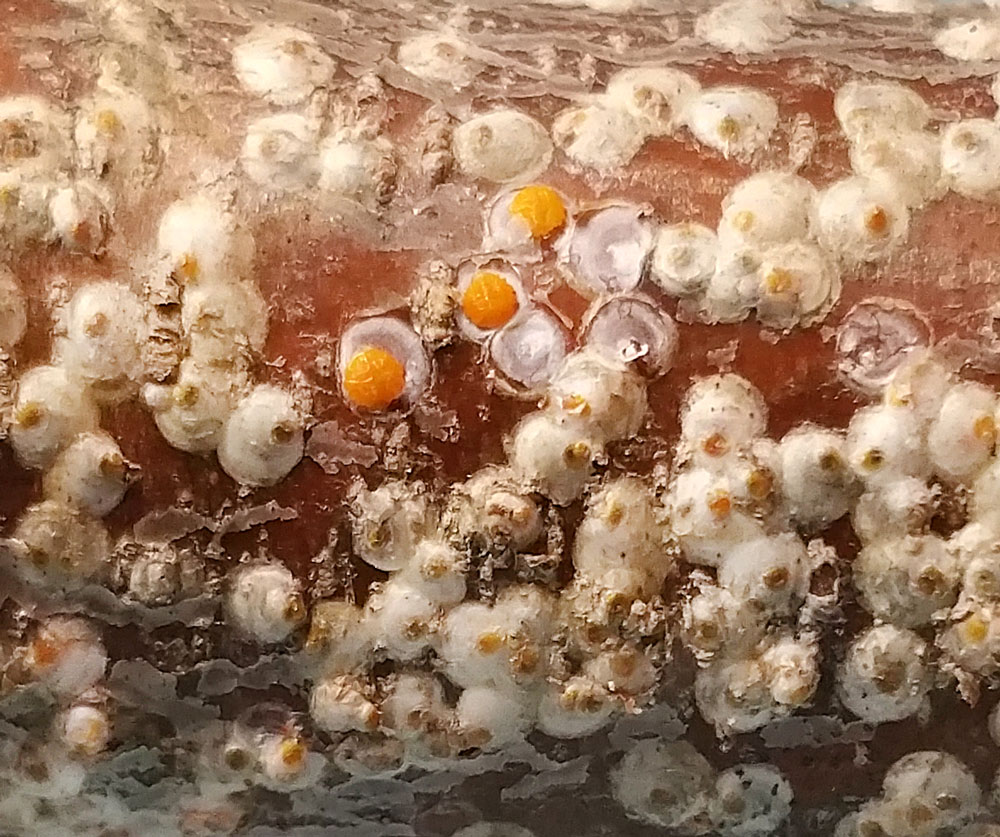 These orange-colored white peach scale adult females were protected under their armored covering and carefully uncovered with a sharp knife. Photo by Debbie Roos. 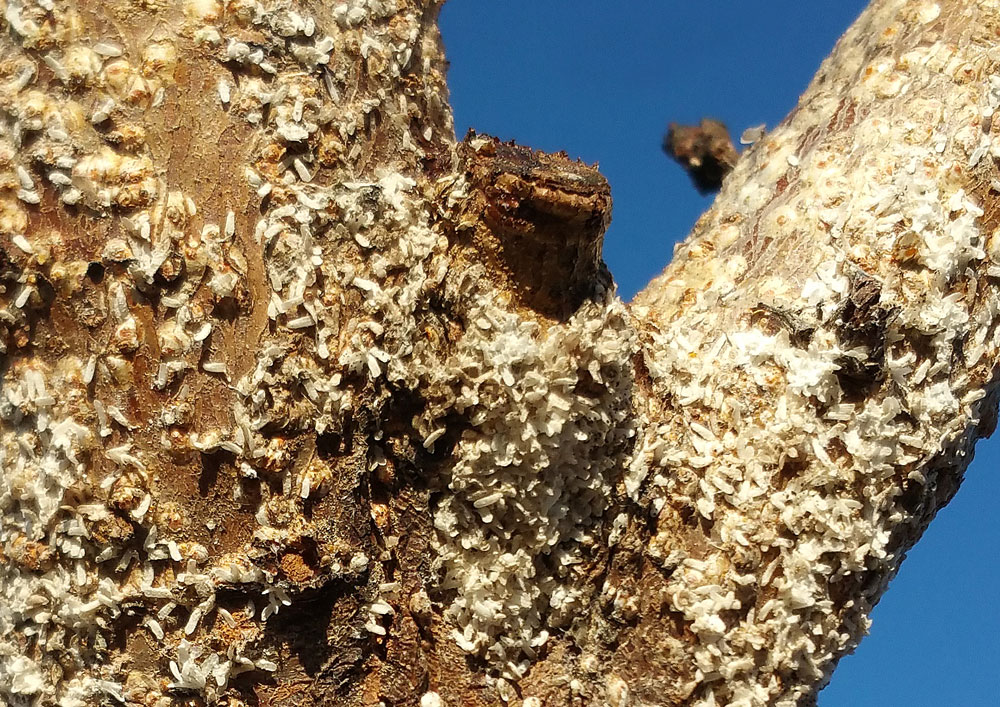 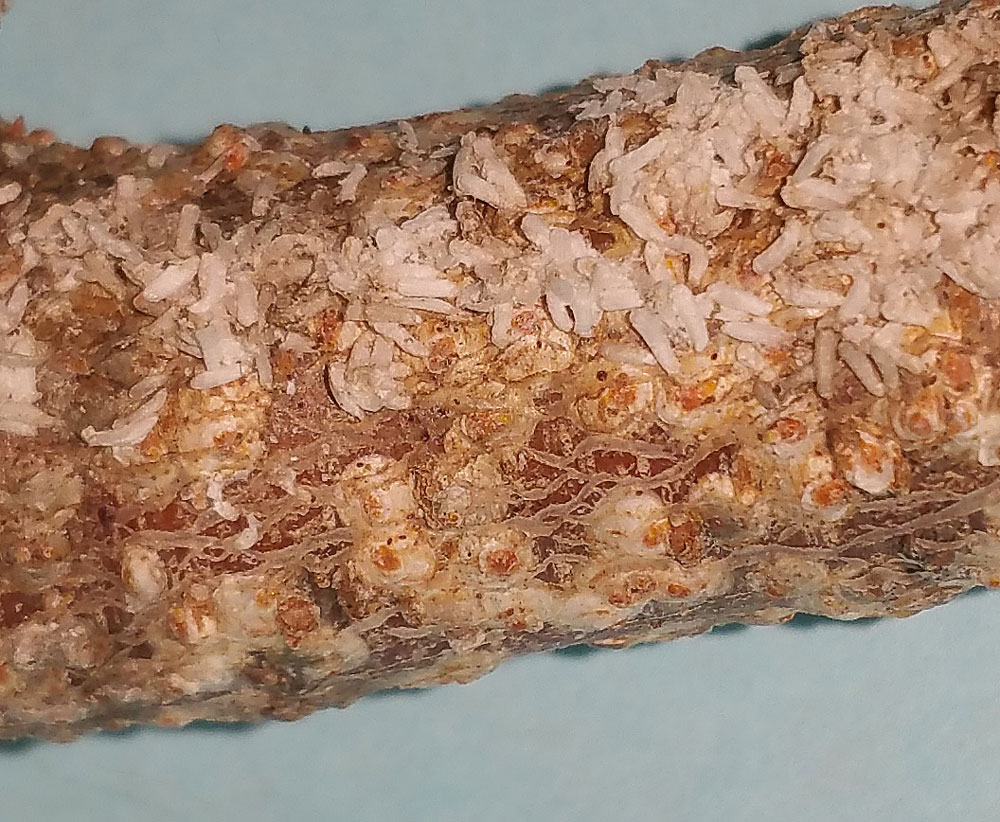 When applying a horticultural oil to control scales, it’s important to have thorough coverage because the pests love to hang out in the nooks and crannies of the tree branches. Avoid spraying within 24 hours of freezing temperatures or rain. If you have a heavy infestation you could spray again around mid-May at a lower rate (0.5-1% solution).

Unlike some pesticides, horticultural oils don’t harm most beneficial insects (with the exception of species like predatory mites which would not be able to get out of the way of a spray in time) so hopefully you’ll have good populations of parasitic wasps, lady beetles, and lacewings to help keep scales and mites at tolerable levels.