The Year of the Butterfly?

Find this article at:
go.ncsu.edu/readext?241310
— Written By Debbie Roos 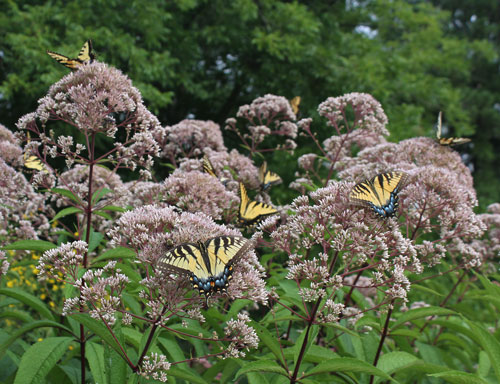 Have you noticed that this seems to be the “Year of the Butterfly”? Well, actually that depends on which butterfly species we are talking about, but more on that below. The eastern tiger swallowtail (Papilio glaucus) has seemingly been everywhere this summer and I have enjoyed watching them in my demonstration pollinator garden at Chatham Mills in Pittsboro. It has not been uncommon to see dozens of them nectaring at a time on a clump of ironweed or joe-pye weed (photo above). 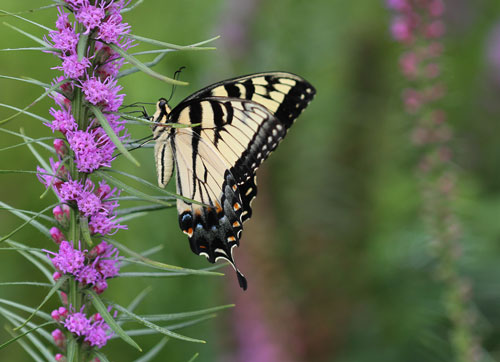 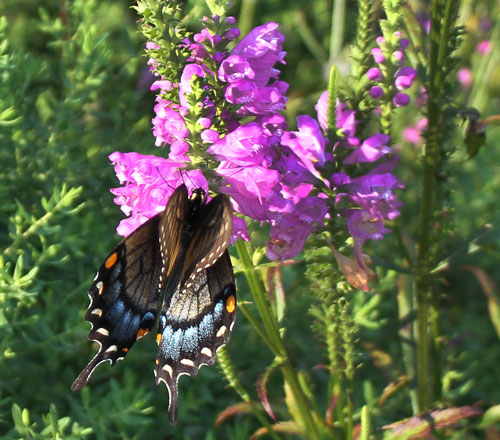 The abundance of butterflies has provided ample photo opportunities. When I recently shared some of my photos on Facebook others commented that they were also seeing more butterflies than usual, so I thought I would see if I could find out why.

I started out by talking with Dr. Harry LeGrand, zoologist with the North Carolina Natural Heritage Program and one of North Carolina’s top butterfly experts. LeGrand is the author of Butterflies of North Carolina, a comprehensive on-line butterfly atlas. LeGrand agreed that the populations of eastern tiger swallowtail were more abundant this year. The population “explosion” coincided with the emergence of the second brood (generation). Cool, wet weather from March to May meant that most butterfly species got a later start than usual because they did not get enough heat units to develop. The tiger swallowtail and a few other species were not held back like most others and LeGrand said it is impossible to know why. According to LeGrand, most of the other 175 butterfly species in North Carolina are experiencing lower than normal numbers this year, especially back in the spring and early summer. 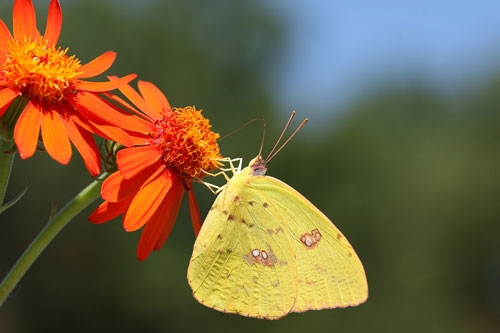 Populations of most North Carolina butterfly species were down this year, including the giant cloudless sulphur

I also talked with Dr. John Dole, the head of the Horticultural Sciences Department at North Carolina State University. Many people don’t realize that in addition to being our state floriculture specialist, Dole is also a renowned butterfly expert and has co-authored a book called Butterflies of Oklahoma, Kansas, and North Texas.

Dole explained that a complex interaction of three main factors affect caterpillar mortality: parasites (e.g., parasitic wasps and flies), predators, and diseases. The increased humidity from the wetter than normal weather last spring meant that some insect-parasitic fungi, bacteria, and viruses that attack caterpillars and pupae (e.g., Beauveria, Pseudomonas, etc.) thrived. We don’t know exactly what causes a certain species of butterfly to be more numerous in any given year but it’s related to one of these factors. The exception is the migratory monarch, which faces other challenges in addition to predators, parasites, and diseases. Monarch populations are way down this year across much of the country, and this likely has much to do with habitat loss both in their overwintering range in the Mexico mountains as well as in the U.S., along with many other factors. 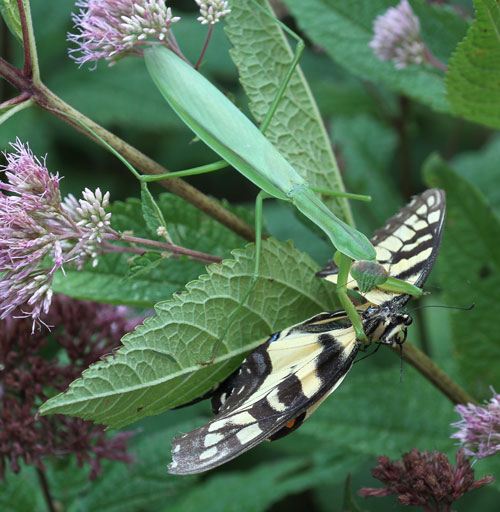 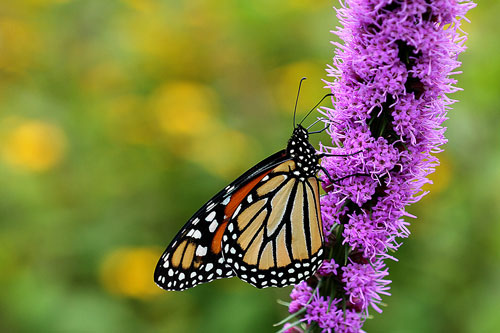 Monarch on blazing star – unlike the eastern tiger swallowtail, monarch populations are way down this year

Dr. Clyde Sorenson, North Carolina State University Professor of Entomology, is another one of our state butterfly experts. Sorenson concurred that there are just too many variables that we don’t understand to be able to give a reason for annual fluctuations in the butterfly populations. Many butterfly species experience these population eruptions but because tiger swallowtails are so big and conspicuous and familiar, we tend to notice them more.

So, is it the Year of the Butterfly? It may be the Year of the Eastern Tiger Swallowtail but in general butterfly populations were down across the state this year, especially early in the season. Who knows what next year will bring.

So now that you’ve noticed the tiger swallowtails, be on the lookout for other species that may have previously escaped your attention! Enhance butterfly habitat in your garden by providing host plants for caterpillars and nectar plants for adults. Check out these resources below to enhance your butterfly knowledge.