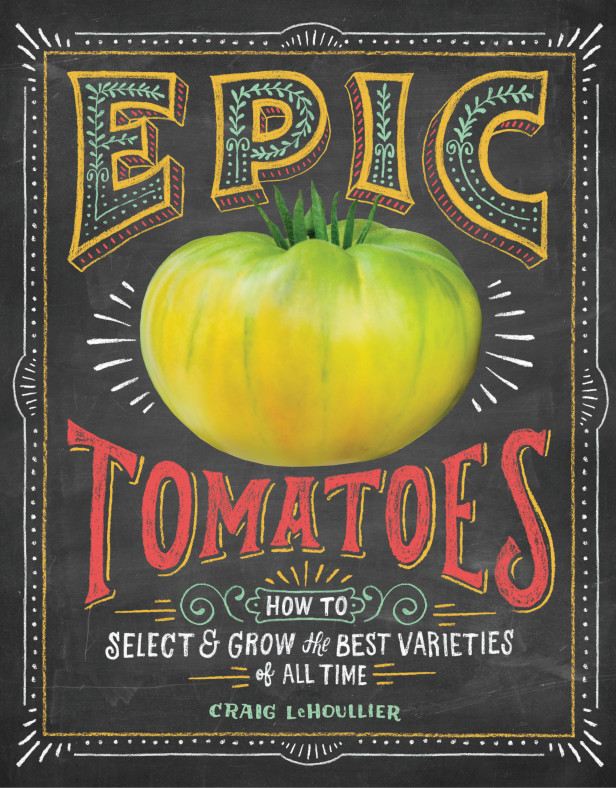 The Chatham County Center of North Carolina Cooperative Extension will offer a workshop on Growing Heirloom Tomatoes from 1:00-5:00 p.m. on Monday October 19 at the Silk Hope Farm Heritage Center in Silk Hope, NC.

Tomatoes seem to capture the imagination of all gardeners; most people absolutely crave tomatoes and their arrival in summer is an annual culinary highlight. Americans have been enjoying their infinite variety of shapes, sizes, colors, and flavors for about 300 years. Tomatoes are also a very important economic crop for area farmers.

This workshop offers a unique opportunity to learn from arguably our state’s top heirloom tomato experts: Craig LeHoullier, a gardener who has been growing tomatoes for over 30 years, is responsible for naming and popularizing the famed Cherokee Purple variety and has been on a whirlwind tour promoting his new book Epic Tomatoes; and Alex Hitt, a highly successful market farmer who has grown over 150 varieties of tomatoes over the years.

The target audience for this workshop is market growers and serious gardeners. The workshop will be presented in two sections:

Craig LeHoullier (author of Epic Tomatoes and tomato advisor to the Seed Savers Exchange) will take the workshop participants on a journey with a dash of history, fascinating stories, and a pictorial tour of dozens of favorite varieties in a rainbow of colors. Craig will also touch upon some of his key success factors learned from home gardening for 30 years in our challenging climate, and some of his favorite ways to use, preserve and save seed from his annual bounty. Craig will briefly discuss a unique project he is leading to create new tomato varieties that are perfect for container gardening.

Workshop participants will be able to purchase copies of Craig’s book, Epic Tomatoes, and have him sign it if they wish.

Advance registration is required by October 13. The cost of the workshop is $20 per person. Call 919-542-8202 or email Debbie Roos for more information. To register, download the registration form and mail with your check.

Download a registration form. Please fill out the form on-line, then print it and mail with your check. Registration deadline is October 13!

Craig LeHoullier (known locally as “NC TomatoMan”) developed a love of plants when very young, during time spent with his grandfather and father in their gardens. After marrying his wife Susan in 1980, his own gardening adventures began; the obsession with heirloom tomatoes began in 1986 after joining the Seed Savers Exchange (he has served as their tomato advisor for decades). With a collection of thousands of tomato varieties, perhaps his most important cultivar is Cherokee Purple, which he received as an unnamed variety in 1990, provided its name and distributed it to seed companies. From the many family heirloom tomatoes to historic American varieties obtained from the USDA to conceiving and leading the creation of new, useful varieties, Craig’s first book, Epic Tomatoes (Storey Publishing) emerged in January 2015. Craig is a prolific blogger and gardening lecturer, speaking at events from Seattle to Philadelphia to Monticello, in addition to many local events. His second book, on Straw Bale gardening, will be out in December. Click here to visit his website.

Alex Hitt of Peregrine Farm is a 1980 graduate of Utah State University with a B.S. in Soils. He has been farming outside of Chapel Hill, North Carolina for 34 years with his wife Betsy. An extremely diversified operation, they produce cut flowers, small fruits, turkeys and vegetables. They sell most of their crops at the Carrboro Farmers’ Market and the rest in direct sales to a natural foods grocery chain and a few restaurants. They have also marketed crops by pick-your-own, roadside stand, to florists and floral wholesalers. They have both been full-time on the farm since 1990 and make their entire living off of 3 ½ acres in production. He is on the Board of Advisors for the Center for Environmental Farming Systems in Goldsboro, NC. He is also on the Board of the Rural Advancement Foundation International-USA. Alex is the past Chair of the Administrative Council of the Southern Region on the USDA’s Sustainable Agricultural Research and Education program where he served for seven years. They, together, were named 1995 Small Farmers of the Year by N.C. State A & T University, 1995 Farm Stewards of the Year by the Carolina Farm Stewardship Association and in 2006 were awarded the Patrick Madden Award for Sustainable Agriculture. In 2008 they were inducted as Fellows in the Fellowship of Southern Farmers, Artisans and Chefs.