Find this article at:
go.ncsu.edu/readext?361225
— Written By Debbie Roos

July 20, 2015 – Introduction to Managing your Land for Wildlife: What Landowners Need to Know 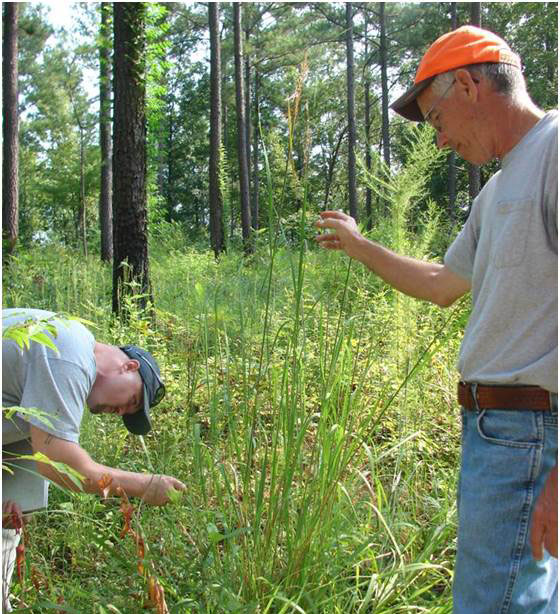 There is no cost to attend the workshop but a RSVP is required. To RSVP, send an email to extension.programs@chathamnc.org and put “wildlife” in the subject line.

Kelly Douglass is a Forest Stewardship Biologist with the NC Wildlife Resources Commission, covering a 32-county work area in the piedmont region of North Carolina, including Chatham Co. Before transferring into this position in 2010, she worked as Captive Cervid Biologist with the NCWRC for 6 years. She obtained a bachelor’s degree in Fisheries and Wildlife Sciences from NC State University in 2002, and a master’s degree in Fisheries, Wildlife, and Conservation Biology from NCSU in 2011. She is a Certified Wildlife Biologist and a Certified NC Environmental Educator.

Jason Allen began his career with the Wildlife Commission in 2002. He was stationed at the Caswell Wildlife Depot for 10 years where he worked primarily on public lands. During that time he served the Commission as a Technician, Crew Leader, and Interim Northern Piedmont Management Biologist. Duties included oversight and management of multiple Game Lands and crews in the Piedmont Region. He was hired as the District 5 Wildlife Biologist in 2012. Jason now works with private landowners, hunt clubs, and other governmental agencies providing technical guidance as it relates to responsible wildlife management. His work area includes eleven counties in the northern Piedmont.

John Isenhour has been in the position of Technical Assistance Biologist with the North Carolina Wildlife Resources Commission for the past 10 years. In this position he provides guidance to private landowners whose goals include wildlife habitat enhancement. He also assists them in identifying and applying for appropriate cost assistance programs. His work area includes 33 Piedmont Counties. Prior to working with the Wildlife Commission he was an Education Forest Ranger with the North Carolina Division of Forest Resources. John has a bachelor’s degree from NC State in Wildlife Management.

Mark your calendars for these other programs in our Wildlife Workshop Series! Details will be released in the summer of 2015.